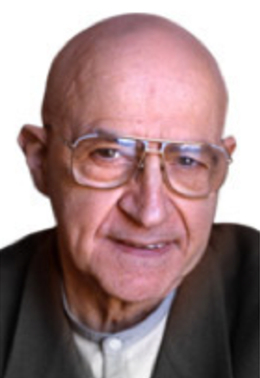 History and Development
The Tomatis® Method was created and perfected by Alfred TOMATIS (born January 1, 1920, died December 25, 2001), a French doctor who specialised in oto-rhino-laryngology. He devoted a significant part of his professional life to studying the relation between the ear and the voice, and by extension, between listening and communication.

His discoveries were made in the Sorbonne’s physiology laboratory and were then presented to the Academy of the Sciences and the Academy of Medicine in Paris in 1957 and 1960.

These discoveries were named The Tomatis® Laws :
• The voice only contains what the ear can hear ;
• if hearing is modified, the voice is immediately and unconsciously modified ;
• it is possible to transform phonation permanently by means of auditory stimulation undertaken over a certain time (the law of remanence).

Tomatis Développement S.A. continues the tradition of the founder of the Tomatis® Method while also making this technique more comprehensible, accessible and effective thanks to technological progress and recent scientific research.

1940 - 1950
At the end of the 1940s, Alfred Tomatis directed the acoustic labs of the aeronautical arsenals. While examining workers suffering from work-related deafness, he noted that changes in their hearing was always coupled with changes in their voice.  He was also treating singers who had vocal problems. By testing the singers and creating an audiograph, he noted that they too presented exactly the same audiometric profile as the arsenal workers. The singers had damaged their voices by damaging their hearing. He outlined the audiovocal loop in stating “the voice contains only what the ear can hear “.

1957 - 1960
It was around this time that The Tomatis Laws were submitted to the Academy of the Sciences in Paris.  These laws establish the relation between hearing and phonation, and by extension, between listening and communication. Alfred Tomatis’s observations led him to perfect his technique to retrain the ear and allow singers to permanently restore their deficient vocal qualities.  He baptised his creation The Electronic Ear. In 1958, the first Electronic Ear was presented at the Universal Expo in Brussels, and earned him the Gold Medal for scientific research.

1960 - 1970
With the observation that the analysis of the sound message by the ear and the brain includes an emotional dimension allowing us to distinguish hearing from listening,  the TOMATIS Method’s field of application expanded considerably.  It now  includes emotional disorders, learning difficulties, and language problems. Tomatis also noted that the learning of foreign languages requires the perception of their musicality (rhythm, sonority, timbre, etc.). This is how, in the 1960s, the Electronic Ear acquired many new parameters to adjust each program for a subject personal problems. In 1963 Alfred Tomatis took his works to a larger audience with the publication of his first book, The Ear and Language.

1970 - 1980
The 70’s saw the introduction of the bone conduction headsets for improved transmission of sound and it’s analysis by the brain. During this time Tomatis published several more books, including the best seller The Ear and Life in 1977. As a testament to the success of the Method, a center for professional training is created and welcomes therapists from France, Switzerland, and Canada—a few years later, it will be open to the entire world.

1980 - 1990
During the 1980s, the TOMATIS Method expands considerably during the 1980’s with the opening of centers across European, the USA and Mexico. The program is improved with ongoing research and technical advances and Tomatis publishes more works including The Ear and the Voice, Why Mozart ?, Scholastic Difficulties, and Nine Months in Heaven…

1990 - 2000
The decade of the 1990s saw the program standardised worldwide to ensure consistent high quality application. The Tomatis method partnered with the famous Institute for the Physiology and Pathology of the Ear in Warsaw, demonstrating the seriousness and ambition of the TOMATIS Method.

2000 - 2005
Between 2000 and 2005, the TOMATIS method evolves with technology moving from analogue to digital, dramatically improving the sound quality and precision. This allowed the program to be delivered over shorter periods of time. Alfred Tomatis dies on December 25, 2001 after having given the reins to his son Christian Tomatis and his collaborator Thierry Gaujarengues. They create TOMATIS DEVELOPPEMENT S.A.  The professional association L’ass IARCTC is created, and brings together professionals across the world who were trained in the Method.

2005 – 2010
Between 2005 and 2010, the miniaturisation of components leads to the development of a portable device known as SOLISTEN. This device faithfully reproduces the TOMATIS effect and allows the program to become mobile. It is now available through trained and qualified therapists.  In the same period, thanks to financing from the European Union, 220 public and private schools experience the TOMATIS Method to combat academic failure.

The Tomatis® Method was created and perfected by Dr Alfred TOMATIS . He devoted a significant part of his professional life to studying the relation between the ear and the voice, and by extension, between listening and communication