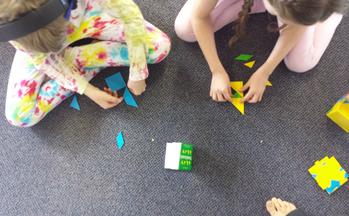 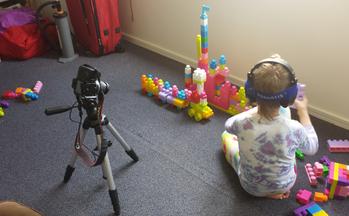 What are the most obvious results of the Tomatis® Method with children?

The most apparent results are often reported to the Tomatis® consultant by parents, who frequently notice an improvement of:

How soon do the results of the Tomatis® Method become noticeable?

The Tomatis® Method creates both superficial and  deep-rooted changes.  On the superficial level, results can be observed by the participant and those close to them within a few weeks or even a few days after the program.

At a deeper level,  the restructuring brought about by the Tomatis® Method  allows the individual to recover his or her own inner balance and, thus, to modify his/her own value system; this in-depth development is less spectacular and takes place at a slower pace.  These improvements are not only going to be maintained over time but also will continue well after the end of a Tomatis® listening program.

The Tomatis® Method  will produce lasting results, putting the participant into a new state of  evolving normalcy that only a major new event would be able to counteract. In such a case, a short booster program can reestablish equilibrium and restart continuing improvement.

Are the gains made during a Tomatis® program lasting?

Yes, progress made during a Tomatis® program lasts.  This is because the gains made are not due to a conditioning but rather to a restoration of balance. The reasons for seeking help from the Tomatis® Method are many but all are related to a malfunction and thus to a state of neurophysiological disequilibrium.

Ear training with the Tomatis® Method leads the individual back to a normal state of equilibrium which requires much less effort than a state of dysfunction. In most cases the gains made  during the program are maintained and progress may continue once the developmental process has been restored to its normal state.

At what age does the Tomatis® Method produce the best results?

There is no age limit with respect to improvements from the Tomatis® Method.  Experience shows that, in most cases, good results can be achieved by individuals of all ages including the elderly.

In some situations youth may be of benefit  particularly when the problem is related to language, psychomotor, or scholastic performance. In other situations, an older individual's (adolescents and adults) personal motivation can often help overcome the difficulty associated with longstanding problems.

Can the Tomatis Method be dangerous?

Can the Tomatis® Method be combined with other therapies?

Yes. The Tomatis® Method may enhance the effectiveness of other therapies.

How long is the average Tomatis® program?

The length of a Tomatis® program depends on the  problem to be addressed. Each block runs for 13 days requiring one hour and 20 minutes of listening from the participant.   There is a rest period  of a number of  weeks between blocks to allow the brain to intergrate the program. It is rare to require more than three or four blocks.

Why are the listening sessions done in an intensive manner?

In order for the brain's mode of perception to change, it must receive frequently repeated  information at a sustained rhythm during a restricted time period. This exercise, like any other, whether mental or physical in nature, brings about a true de-conditioning that allows the body to discover that it can operate differently and that a choice is possible.

Why have rest periods between Tomatis programs?

It's a phase of assimilation. Just as the brain needs intensive and repeated stimulation  for change to take place, it also needs periods of non-stimulation to structure and integrate the change. This principle is true of all kinds of training.

What is the relationship between the Tomatis® Method and the CDs that make reference to it?

There are numerous products on the market which reference or seek to imitate the Tomatis® Method.  These products are often nothing more than compilations of musical works which are unable to produce the Tomatis® effect.

The Tomatis® Method employs very specific operational features, including a gating system and sound conduction through both air and bone. These dimensions have a dramatic impact on listening attentiveness, auditory laterality,  the localisation of sound in space,  latency time, sound discrimination and,  the audio-vocal loop.  This impact  is  not reproduced by inferior products.

Why use the music of Mozart?

After numerous trials with other types of music, we have found that the results obtained by using Mozart's music are amazing, no matter where in the world it is evaluated. We noticed that this music is not only very well accepted on every continent but that it also allows listeners to reestablish their own inner equilibrium. In order to understand this effect upon the sense of human balance, we must recall that music is characterized by rhythm, which touches the body; by harmony, which reaches the emotions; and by melody, which calls upon the intellect. According to the classical ideal, these three parameters should be in balance, which is rarely the case, one or the other often being dominant, and, for this reason, producing a rather unusual musical discourse. In the case of Mozart, it seems that this balance was achieved, which may explain the universal character of his music.

Why use filtered music?

Will the Tomatis« Method help in the case of hearing loss?

The Tomatis® Method does not improve hearing in the case of an irreversible lesion; however, whatever the situation may be, it does foster optimal use of the individual's listening potential, no matter how weak it may be. 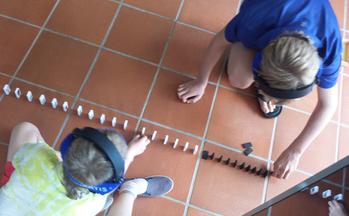 Thank you for contacting us! We'll reply within 48-72 hours.

Listening4learning presents The Tomatis® Method on the Gold Coast Australia.  Contact us for your child's FREE assessment today! 0419 703 694.